Late July, early August is the usual time for this delicious Italian plum cake. It’s made from one type of plum, known as the Italian Plum, or the Zwetschgen. It seems, every country shares its love for this plum and it’s often found in the form of a cake! The Swiss love to add a vanilla creme pudding on the top. Italian’s tend to keep it rather simple with a nice biscuit base and open baking method with the plums lined up. The German’s love to make Zwetschgenkuchen with the crumble (streussel).

When I say this cake is a big deal with German’s, I’m not lying. Living in California, I had a little orchard filled with assorted fruit trees. I happened to have a few old plum trees, and one of which was the damson plum. You could count on a phone call or a visit from our German family to see if our plums were ready. As they knew the exact time of summer when they could begin their preparations for the infamous ‘Zwetschgenkuchen’.

But it’s not the German’s who discovered this lovely plum. In fact, though I refer to these plums as “Italian plums”, the name is actually called a ‘Damson plum’ or “empress” and originates from Damascus or Syria. It’s a plum originating from the Middle-East, and Eastern Europe, and is often preferred to being used for preserves and liquor. Historically, the plums skins were used by the Romans for dying fabric, thus producing a dark purple/blue dye. However, over the centuries, it made its way to Western Europe and the Americas, and it seems it’s value re-submerged as being the perfect plum for baking.

As American as apple pie!

This oblong-shaped Italian plum is very high in sugar, and very easy to de-pit. Thus making it the only plum of choice to bake with. Perhaps the history lesson here is that this plum is to the German’s as what the apple is to the American’s. Beware though, this cake disappears very quickly! See also our Crumble cake.

Once made, keep your eye on it if you wish to slow the consumption…otherwise, serve and watch it be enjoyed by everyone who eats it.
Enjoy!
Course Dessert
Cuisine Swiss
Keyword Cake
Prep Time 30 minutes
Cook Time 30 minutes
Rising Time 1 hour
Total Time 2 hours
Servings 1 tray

Instead of the crumble topping use Vanilla pudding filling. While baking the cake, make a fresh vanilla pudding. After about 20min, take the cake out and fill all the gaps in the cake with the pudding. Now bake for another 5 to 10min. 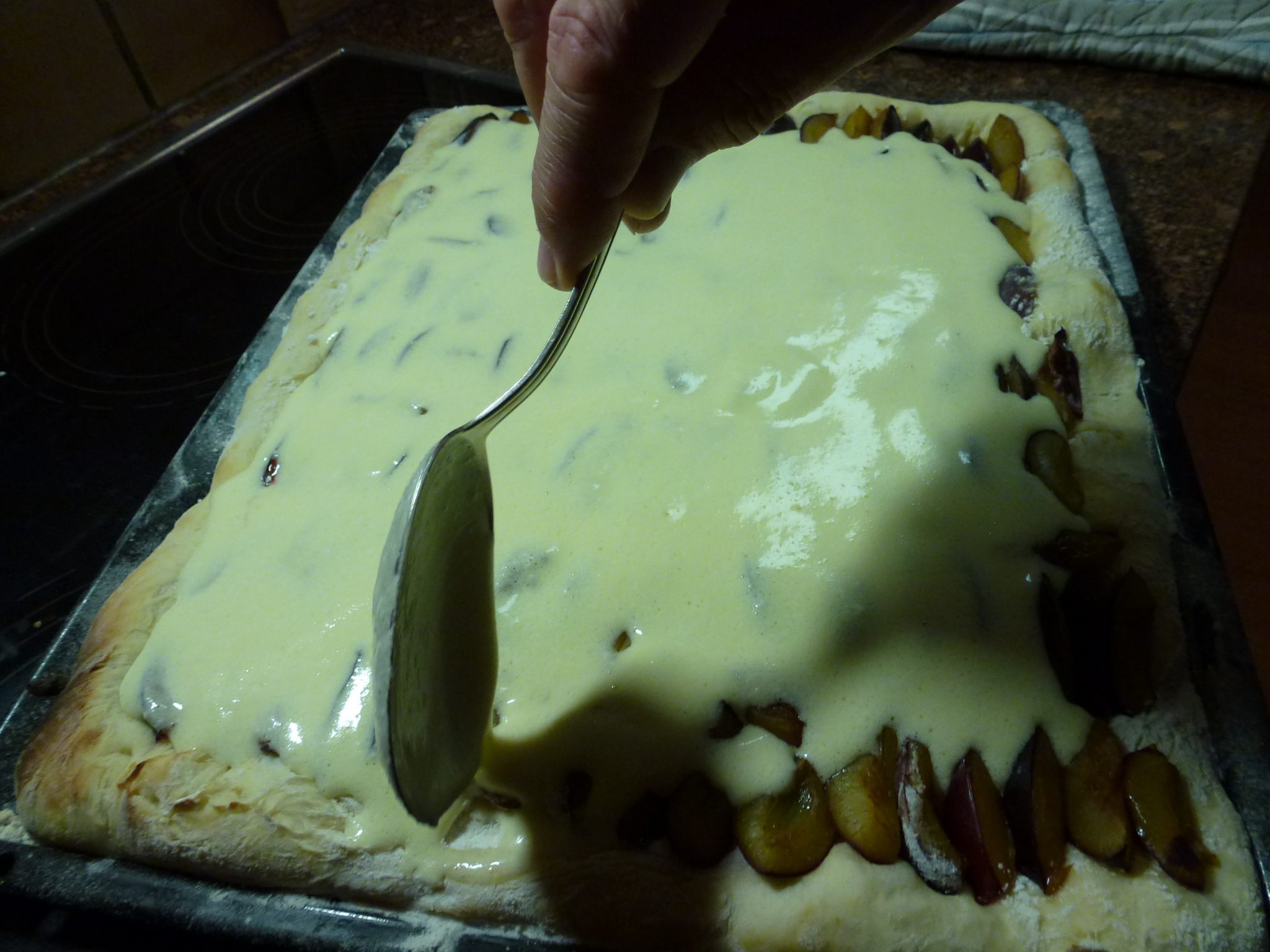 Permanent link to this article: https://www.teawea.com/italian-plum-cake/

We use cookies to ensure that we give you the best experience on our website. If you continue to use this site we will assume that you are happy with it.OkPrivacy policy